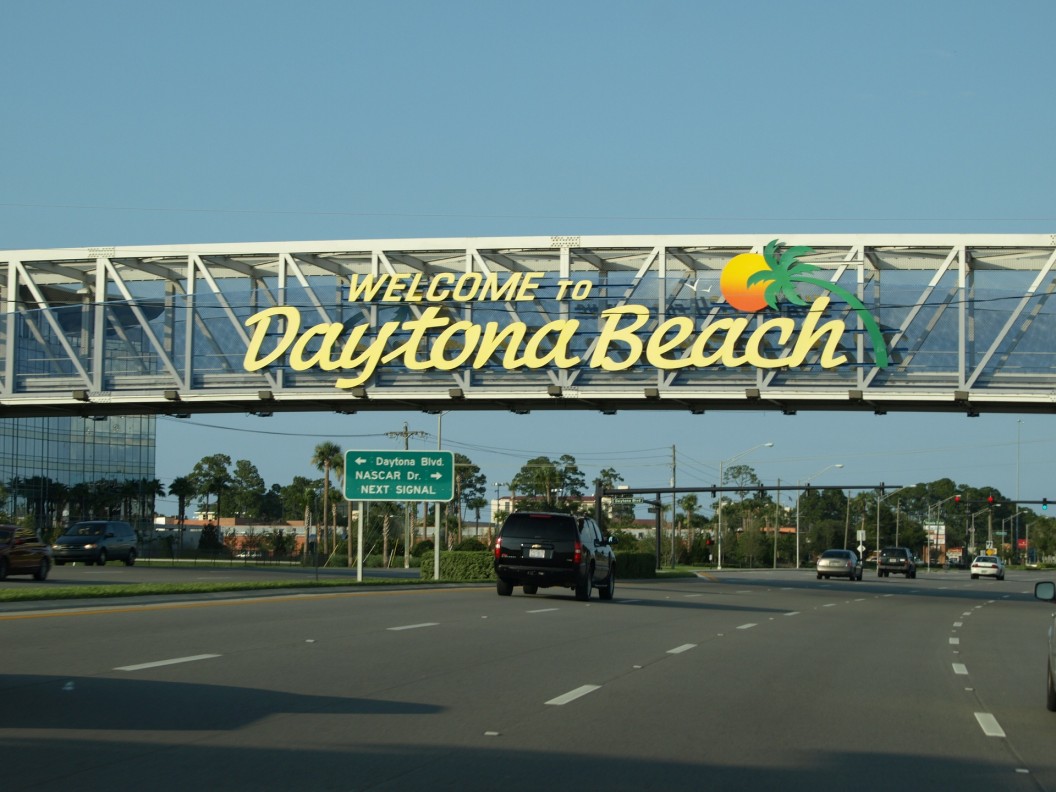 | Daytona Beach is a principal city of the Fun Coast Region of Florida. It’s worth noting that the city was founded in 1870. By 1876, it was incorporated and ten years later the arrival of the St. Johns & Halifax ‘River Railway put the city on the fact track to becoming one of the state’s featured destinations.

The American tycoon and railroad magnate, Henry Morrison FLAGLER, purchased in 1889 and he was Instrumental in making the state’s east coast popular with travelers. Daytona Beach has one of the top stops along the Florida East Coast railway and it wouldn’t be until it also became one of a featured place to race. Around the turn of the century the city’s wide, hard-packed beaches started attracting automobile and motorcycle races, who came to test many a new invention. It was in 1902 that racing began in Daytona Beach and in 1936, the famed Daytona Beach Road Course started hosting races. This racing course is integral to the racing history of Daytona Beach.

We’ve come a long way since the inaugural running of the Daytona 200 motorcycle race held in January 1937. The winner, Ed Kretz of California, rode an Indian motorcycle and averaged speeds of nearly 75 miles per hour. World War II caused us to put the races on hold for a bit. So instead of racing, we welcomed motorcycle enthusiasts to line their bikes up along Main Street and stay at area hotels. We called this unofficial party “Bike Week,” and well, it caught on!

Don’t miss Bike Week, March 4-13, 2016 — as the Daytona Beach area once again welcomes the “World’s Largest Motorcycle Event” to the “World’s Most Famous Beach.” Celebrate with us and nearly a half million of your fellow bikers as you make the annual pilgrimage to Daytona Beach.

You’ll enjoy 10 days of high-octane street festivals, concerts, motorcycle races, bike shows, rallies, manufacturer showcases, and much more. Join us for a ride down historic Main Street and Beach Street, along U.S. Highway 1, scenic Highway A1A, and the ever-impressive scenic Loop. Visit Destination Daytona, Riverfront Park, and attend #Daytona200Week at iconic Daytona International Speedway, “The World Center of Racing. Whether you travel by plane, train, automobile or motorcycle, all routes lead to Daytona Beach and all eyes will be on Bike Week 2016!