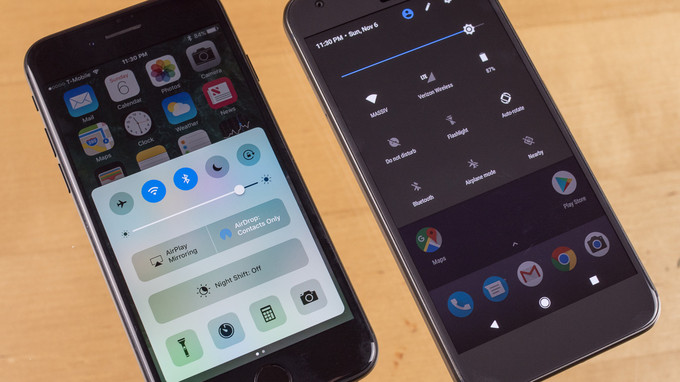 Google Pixel and iPhone 7 are certainly two of the smart phone industry’s front runners. Let’s compare some of their attributes and deficits…

Google XL supports faster LTE speeds, while Apple has support for a higher number of LTE networks. Seems like a tie there. You decide.

Snapdragon 835 is simply no match for Apple’s powerful A10 SoC processor, but the Android 7 Nougat is a superior operating system, making Google Pixel the winner in that category.

As far as the camera, the iPhone 7 produces more vibrant, true-to-life color, while Google Pixel offers better resolution and sharpness. However, Pixel has been known to experience some sun flair issues.

Google XL is cheaper than the iPhone 7, but it doesn’t offer the water resistant rating, as powerful speakers or a slot for expanding storage; but keep in mind that Google’s back-up is easier because Apple’s storage fills up more quickly.

Google XL also offers a smarter virtual assistant, and apps outside of Google Play are easy to install, while Apple makes it difficult to download apps outside of its app store. Google has also gotten on board with the Family Plan, which now makes sharing easier for Google XL users.