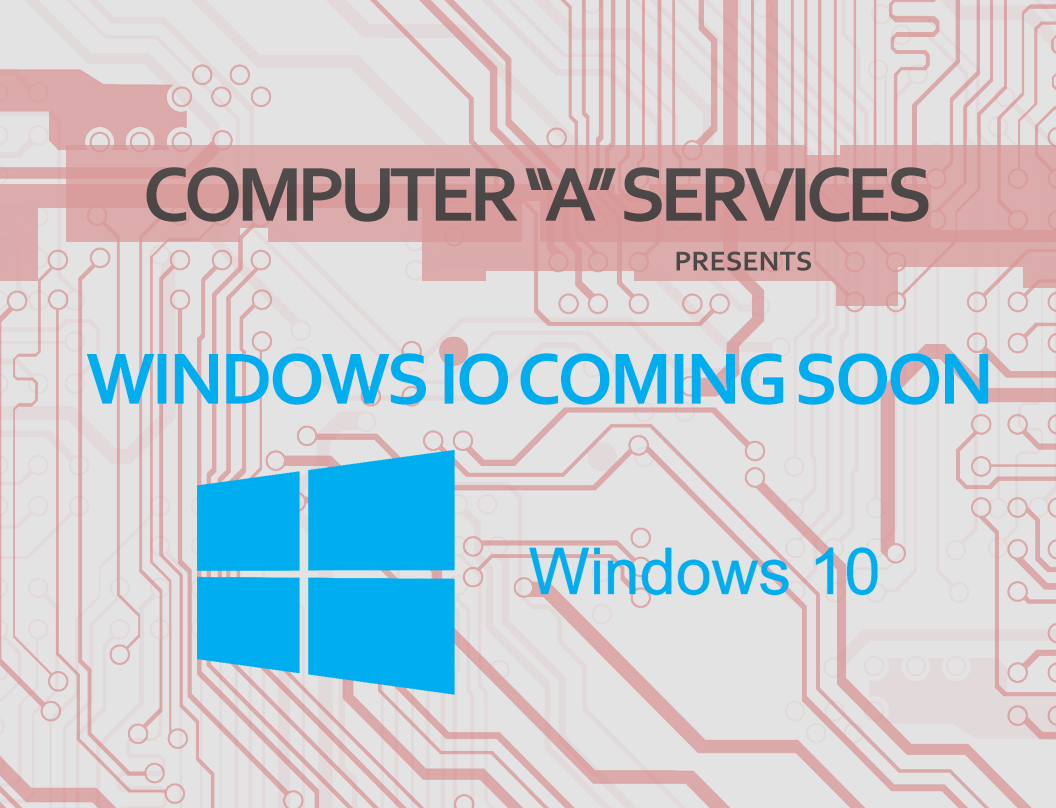 Windows 10 Release Coming Closer: Microsoft’s Terry Myerson has recently announced the brand new iteration of the Windows operating system line. Windows 10 is to look and feel like the recent Windows 8.1, but with some of the features we all know and love from Windows 7 brought back in.

Many people disliked the drastic changes of Windows 8, which seemed to mix together a touch screen environment and the normal operating system limiting some users. Windows 8.1 was Microsoft’s temporary and quick answer to the swarm of complaints. With the introduction of Windows 10, Microsoft seems to have nicely balanced the touch and non-touch features, which will please many users.

The brand new Windows 10 is filled of other features that boost its popularity and usefulness. One of these huge updates is the famous Cortana. Cortana is a voice and text activated personal assistant much like Apple’s Siri. By saying the magic words, “Hey, Cortana,” your are then able to use Cortana as a search application. Other applications can also integrate with Cortana allowing many features beyond searching on the Microsoft Edge browser.

You may have just seen the phrase “Microsoft Edge browser.” Well that’s the next notable feature of Windows 10. With all the constant criticism towards Internet Explorer throughout the years, Windows 10 with thusly be introducing a new and improved web browser. The Microsoft Edge browser will have a huge new and improved inner engine, improving performance. Edge will, as well, have a new extension system allowing extensions to easily move over from Chrome and Firefox. This browser will hopefully become an influential competitor to Chrome and Firefox and will have enough features allowing even the grumpiest of Internet Explorer haters to switch over.

All these features Windows 10 will be providing sound very enticing. Now when will it come out? Well, Microsoft has announced a time period release of roughly late July of 2015. The release will definitely be this summer though, even if the July release is pushed back a bit.

If you want to see an early evaluation copy to experience the new Windows 10 hands-on, then come on into Computer A Services. We have a laptop right up in the front of the shop with and early release of Windows 10 for costumers to preview. So come on in and play around with the brand new Windows 10! 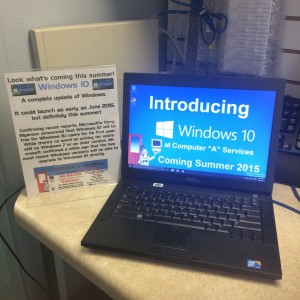