2038 – The Year Time Will Fail – Many of you probably very well remember the Y2K bug and the hysteria it brought about. For most, the Y2K bug was a disappointing bust, having not much more excitement than 11th year mathematics. The computer systems affected by Y2K were easily fixed and our vast expanse of complicated technologies in the early 2000’s kept chugging along as it did in the late 1990’s.

After the Y2K bug hysteria settled, people just sat back and relaxed thinking, “Glad that won’t happen for another century.” Well then, lets take a trip to the Year 2038. New computers are thin as paper, you don’t even remember having to make a password with the amount of body part recognition, and flying cars probably still don’t exist. Everyone who is up to date in technology is having a jolly time with their fancy iPapers. Though the few that still have old computers are up on their feet, worrying about the upcoming event – The End of Time. 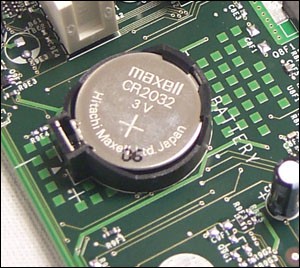 computer system. The time in your computer is kept running by a tiny battery and circuit in your computer.  This circuit is limited in its time keeping capabilities though. If you have ever heard of 32 bit or 64 bit computers, this is an important aspect of the capabilities of the circuit. Y2038 is caused by the 32 bit computers hitting their limit in time calculation. They are only able to calculate up to 2,147,483,647 and so when this value is hit, time is not able to be calculated. Of course, this will only affect 32 bit computers, of which most of you have grown beyond. And if you haven’t upgraded to 64 bit yet, you most likely will within 22 years.

This may not seem like a big deal then if most people won’t even remember 32 bit computing, though important industrial and commercial computing that still run off of 32 bit architecture will be affected. It is very analogous to the Y2K bug in that respect.

Also you may question if this will happen to 64 bit computers. Well, yes! But you may have to wait a while for that bug to affect us. *cough* 293 billion years *cough*