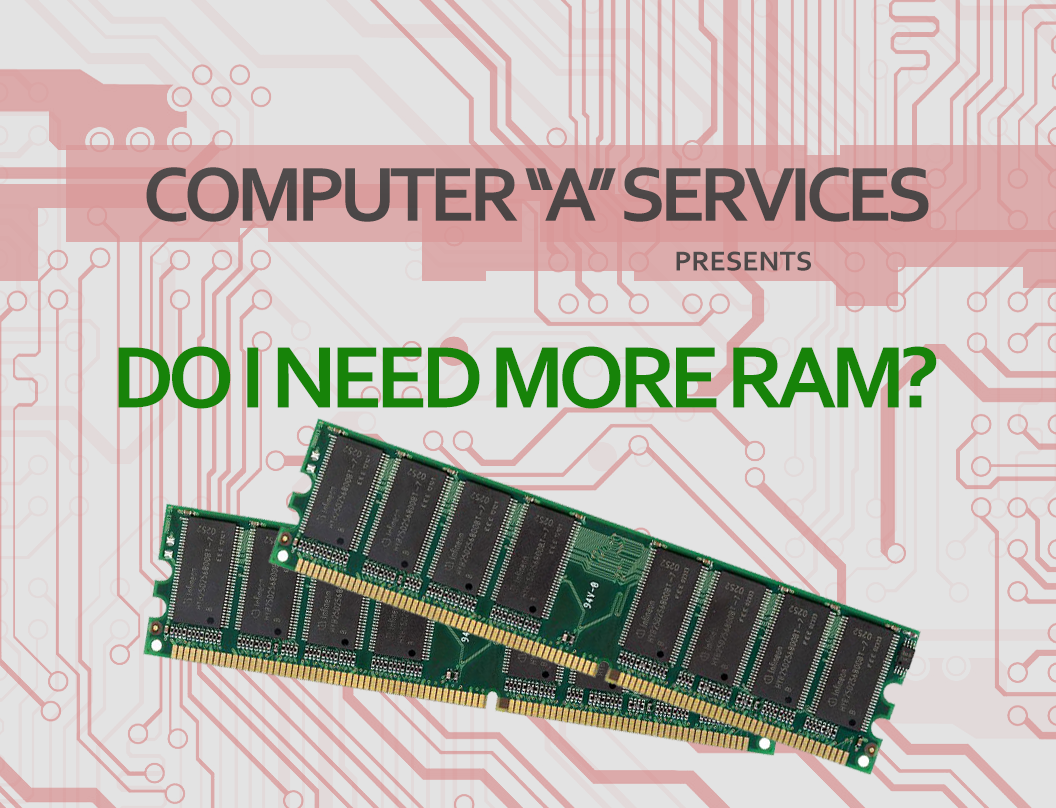 Do I Really Need More RAM? Is an increase in RAM a sure way to increase the performance of a computer?

First off, what is RAM? RAM stands for Random Access Memory. Its what a computer uses to store data quickly but just for a short little while. This is a much better option than a file being written to a hard drive, which is slower and really only used for long term storage. Picturing a file cabinet and a warehouse is a way to think about it. You can just quickly store something into a file cabinet next to your desk and get it out in a moments notice. Though having to go into the backroom warehouse and search through rows upon rows of shelves isn’t as quick for sure.

Understanding what RAM is does make it seem like a useful upgrade then. But there are plenty of factors to take into account such as how much RAM you already have or even how much RAM you can get.

If you already have plenty of RAM, the need for an upgrade is greatly diminished. An upgrade from 4GB to 8GB for an everyday consumer will not create a noticeable performance change. Though if you have an ancient computer dinosaurs wouldn’t even be jealous of, an upgrade from your ~128MB to anything over 1 or 2GB would be monumental. It wouldn’t make it run as well as Google’s supercomputer DWave, but you’ll be boosted into the future a few years.

There are some limitations associated with RAM upgrades sadly. Some computers (actually the motherboards are the issue) don’t support more than a certain amount of RAM. A computer/motherboard may only support a max of 2GB of RAM and you’ve already hit the limit. Upgrading to 4GB just wouldn’t work.

If you’re not sure how much RAM you need or if you even need any RAM, make sure to bring your computer on into Computer A Services to get it checked. We have plenty of RAM for upgrades and we can even clean up the rest of your computer so you’ll be running faster than ever!