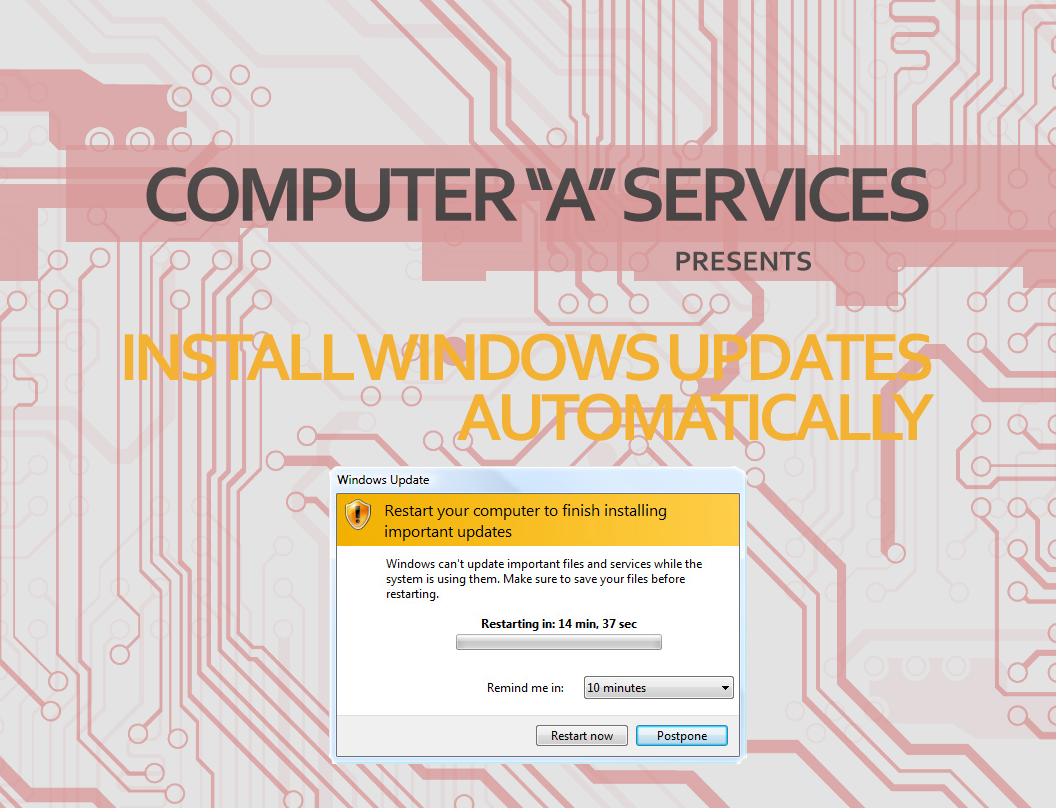 Do I really need to Install Windows Updates Automatically?

Windows updates are pretty pesky and even a bit annoying. They take forever to download and install and when you reinstall Windows, there are hundreds of them to deal with. And one of the biggest issues people have with Windows Updates are the pop-ups and disturbances caused by automatic Windows Updates. Though to Install Windows Updates Automatically could be the difference between life and death of your computer.

Windows Updates are there to fix bugs in the Windows operating system. The bugs could range anywhere from a small insignificant button that is not in the right position to a huge hole in the operating system opening a vulnerability to powerful viruses to crush your computer. The latter is the reason why automatic updates should be enabled on everyone’s computer.

If you choose to install Windows Updates manually, the time period between the update’s release and when you install it could leave you vulnerable to virus taking advantage of the bug. Once the update is released to the public, virus companies are also informed and can take advantage as previously stated. By having Windows Updates install automatically, the viruses don’t have the time to break into your computer and take advantage of that bug.

The biggest complaint of automatic Windows Updates, by far, is the pop-ups and disturbances it causes. An update could be automatically installing while you work and then you go off to lunch and the computer automatically restarts to apply to update, causing you to lose work. This, though, has been dealt with in Windows 8 and 8.1 with a grace period of three whole days, giving plenty of time for you to restart your computer on your own.

If you ever have any issues with a Windows Update, including blue screens or other issues, Computer A Services is ready to help you! Windows Updates are quite a pain, but they are very important and integral to a safe computer.