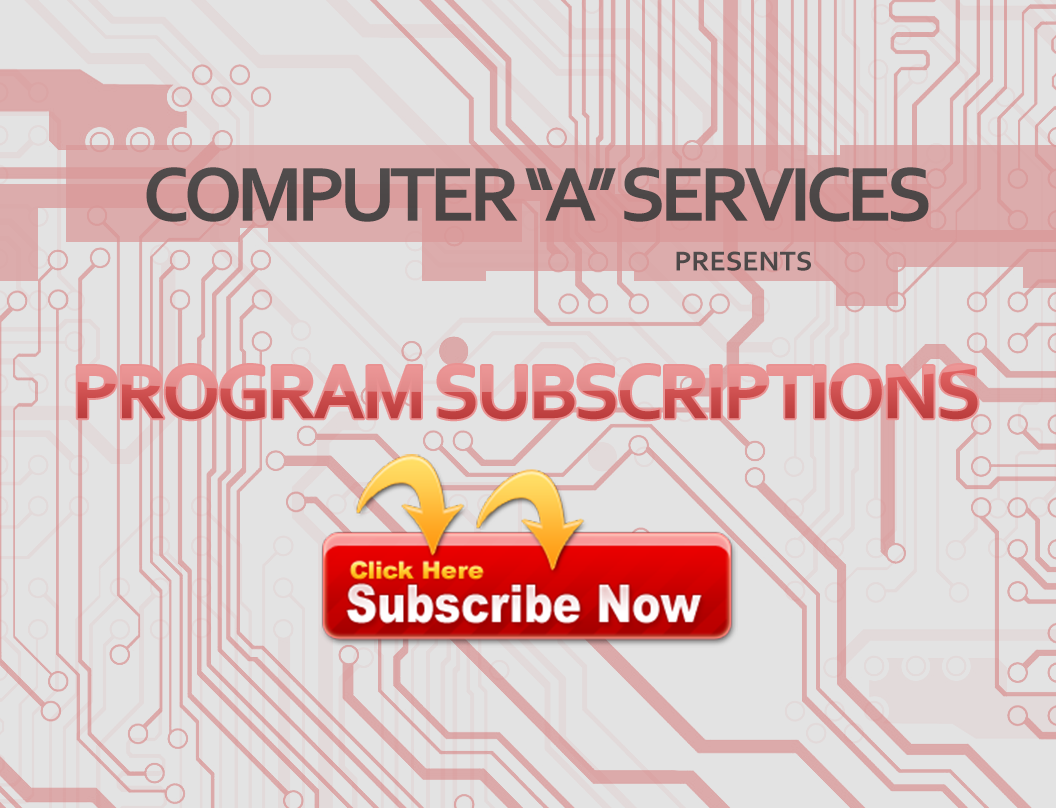 With each version of a computer program getting older by the second, new versions are released every other second. The age old method of payment has always been a one-time upfront payment before you have the program. Take Microsoft Office for an example of payment for computer programs. Ever since the original Microsoft Office for Windows 1.1, payment has been a flat rate. You go to your local computer store and purchase a Microsoft Office CD. This CD has everything you need and no less. Your access to the program lasts until you go out and buy the next version.

Well this is actually changing a bit in the most recent times. Programs are being released for a payment per month or per year rather than upfront and forever. Program subscriptions have hit many familiar sites around the computer world. Microsoft announced a subscription payment-based Office suite called Office 365. A personal subscription to Office 365 costs $6.99. (There is always the option of having a one-time payment Office as well; Microsoft Office 2013.)

What are the benefits of paying monthly or yearly versus a one-time payment?

The benefits range from program to program but I’ll continue on with Office for convenience. Office 365 allow for users to save to the fancy new cloud that’s so popular nowadays rather than just to their local computer. The overall benefits of paying via subscription for any program, though, is the ability to just pay a nice cheap price for a month of the program and if you didn’t need to use it after that, you just stop paying. Rather than the one-time payment of Office 2013 being $139.99.

Many users love the convenience of being able to stop paying for the program after use. It would be perfect for students who would only need to program for their university years and no longer. But many other users are in a state of discomfort with the new payment method. We will all just have to judge it by our own opinions though. (Until Windows starts to be a subscription-based service. Then you can start complaining.)