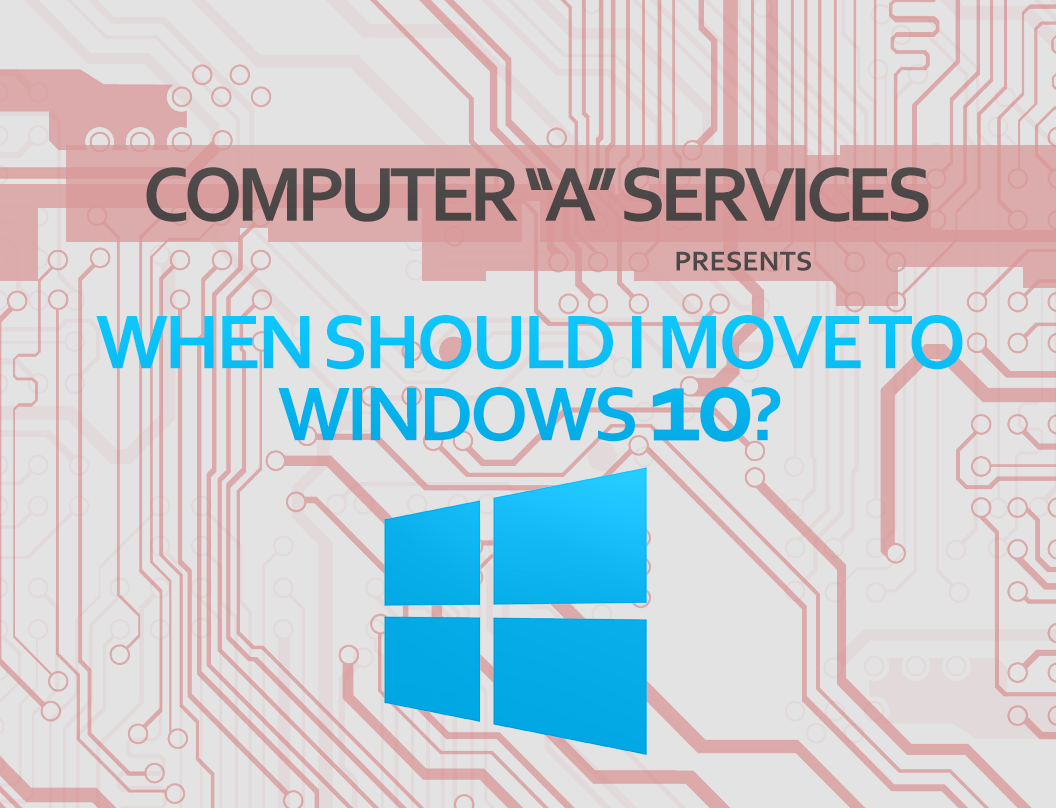 It seem like Microsoft comes out with a new update to their soon-to-be-released Windows 10 operating system just about everyday. This, though, is an absolutely wonderful thing! If anything, there should be an update just about every second. The conclusion to this post might be a little bit different if that was the case.

All these updates prompts the promoted question of this post: When Should I Upgrade To Windows 10?

Computer A Services gets plenty of people from tons of backgrounds come in and ask about Windows 10. They all have heard about this huge new update through the proverbial grape vine and are usually eager to see a new operating system. I mean, who doesn’t want to get a flashy new update to the age-old looks of Windows 7 and the critically-mutilated functionality of Windows 8/8.1? The same flood of consumer excitement came about when Apple updated their ancient brushed metal look to a nifty modern feel.

The costumers come in all with one question in common, when should I upgrade to windows 10? Before they even finish the question our techs are winding up to throw them the answer: Eventually!

Well that was anti-climactic and disappointingly uninformative. Well, it’s a pretty good response though and here is why I’ve sat myself on such a high horse. Window 10 will be a huge update. You may keep hearing the ominous tag line of the update being, “The last update to Windows.” Well even if it isn’t, Microsoft is going all out to make the community happy in every way. With this ambitious task, issues and bugs arise in the nooks and crannies of the fancy new system. This is why we don’t recommend clicking that update button right on July 29th.

Of course you can be a little rebel and queue up for the big release. Though, if issues do arise, come straight to Computer A Services and we’ll try to help you.